A few years ago I started a YouTube-channel called “Let’s bird”. With it I present European bird species and birding sites in short videos. Somehow limited in offering written information I decided to create the website www.letsbird.com. Enjoy poking and browsing! 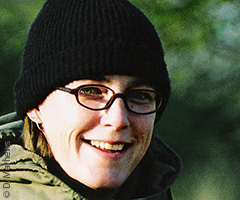 About me: Gabriele Glück
I was born in the lovely Black Forest and my enthusiasm for wild birds set in very early – namely in kindergarten. I remember a colourfully illustrated poster at the wall showing different bird species and I still recall the picture of the hawfinch which impressed me most.

Soon my first field guide followed and uncountable hours at the window sill with my eyes wandering from birdfeeder to field guide and back. Unfortunately easy-birdwatching like this was only possible in winter – the idea to feed birds the whole year through wasn’t yet popular at that time.

Subsequently one nestbox after the other found its way into our garden. This was a very good way to watch the breeding activities of black redstart and different tits. The neighbouring forest offered the best requirements for long wanderings through nature. This is where I learned that watching birds in the wild needs a lot of patience, quietness and intuition. By that time the black woodpecker had taken the number one place from the hawfinch. 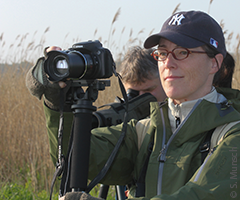 Fortunately my parents supported my interest for nature and especially for feathered beings and arranged for me to join the – at that time called – Deutsche Bund für Vogelschutz (DBV). Our local DBV-group was very strenuous. Regular excursions to near and far places were offered and we visited the Schwäbische Alb, Wollmatinger Ried, Waghäusel and many other interesting birding sites in Baden-Württemberg/Germany. Still the woods and meadows around my hometown were favoured destinations for innumerable ornithological excursions. 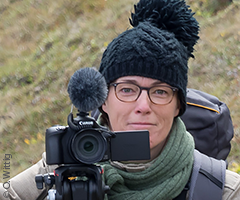 From these tours I took home many great experiences and bird sightings. The complaisant and cheerful togetherness and lively exchange amongst like-minded people helped me to a continuous gain of (not only) ornithological knowledge and skilled eyes and ears. My loyal companion during these early activities were the field glasses I inherited from my great grandfather. After a while the sheer watching was complemented by taking pictures to record the sightings – back then still with an analogue compact camera.

Meanwhile I use a bit more sophisticated technology. My long-range optics currently comprise several binoculars and a spotting scope. My camera equipment too evolved over the years: from analogue to digital reflex cameras (SLR) and bridge cameras. A few years ago I discovered shooting; the possibility to catch moving pictures and sound with an ordinary camera opened up a whole new world for me. Soon after the YouTube-channel “Let’s bird” went online. 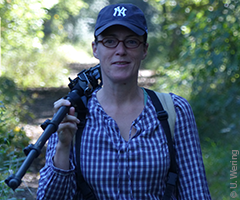 Academic Education
Study of Biology at the Albert-Ludwigs-University of Freiburg, Germany
Study of Veterinary Medicine at the Ludwig-Maximilians-University of Munich, Germany 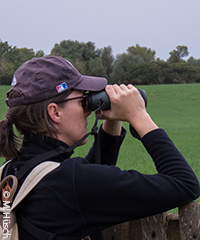 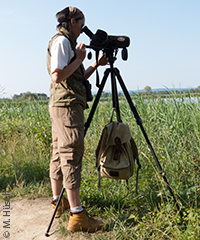